I’m not sold on Bali. Sure there is a lot more to do on Bali than my friend and I did but it wasn’t as awesome as everyone makes it out to seem. I know that part of the bias I have for it is because I was there during New Years when everyone else is there too.

We stayed in Seminyak which had a cool shopping/eating street. It was just very crowded.

We found two great restaurants that had great food and prices. The first was Mexicola because who doesn’t need some guacamole and a margarita on their vacation. The second was SOHO which is open 24 hours. Unfortunately the second time we went there they were out of a lot of things but it still has a good menu.

We spent a morning on the beach. Renting chairs and just staring at the ocean. I brought a book but never read it the view was too great. There was a lot of trash on the beach but I was pleased to see that people came by to clean up in the afternoon. There were also so many vendors that came by hawking their wares that it became quite annoying. There was someone every 5-10 minutes. 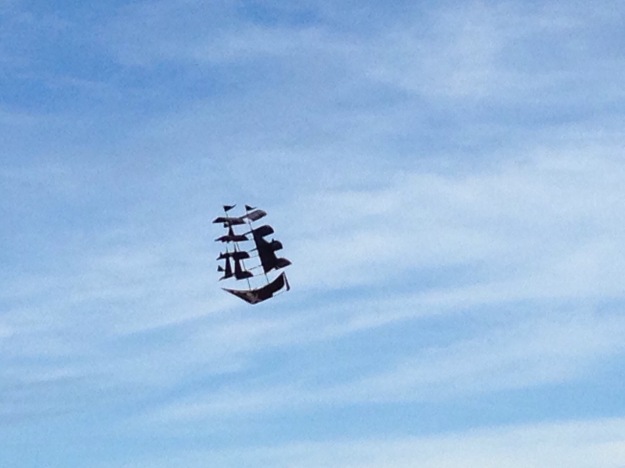 We hired a car to take us to Ubud. We stopped at the Monkey Forest which was full of (you guessed it!) monkeys! One monkey jumped on my friend’s bag and started trying to open the zippers. I tried to shoo it away but I also didn’t want to get bit as a monkey had just seen a monkey try to bite a gentleman. 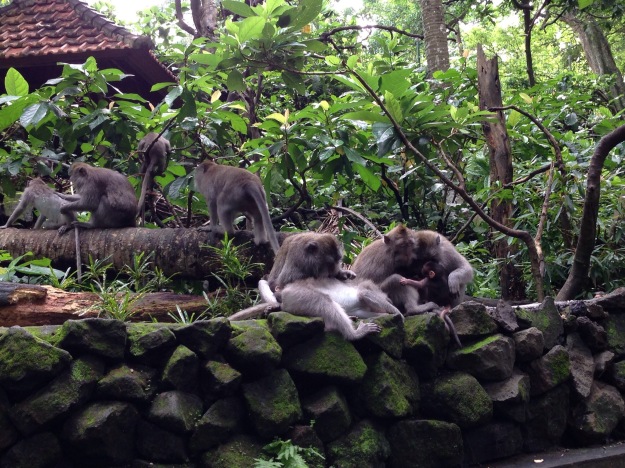 We drove to a beautiful waterfall. I just sat on a rock and observed, not desiring to walk closer as my friend did. It was quite full since it was still rainy season and was overflowing with water.

Close by was a small plantation that offered teas, coffee, and chocolate. We got a chance to try some of the flavors. Unfortunately they didn’t have dark chocolate though so I refrained from trying anything (I’m not a tea or coffee person).

New Years was quite the event! Some other friends were in Bali as well and had purchased VIP tickets at the W Retreat. They had two extra tickets so we were invited to come along. Wow! It was certainly a great way to begin 2015! We went down to the pool area as it was nice and breezy from the ocean air. A couple in our group got engaged at midnight so that was quite exciting! We headed home around 1:00 am, fortunate to be able to walk. However, it had started to rain. We walked anyway not caring as it was the end of the night. By the time we got home we were soaked in our dressed but laughing at the craziness of it all. Better to rain after and not before!

I made a new friend at the the hotel.