A cousin was in town so of course we took her to the city. We made it a one day deal so hit what I consider to be the highlights.

We started off the day driving up to Mt. Tamalpais. I almost made her sick with the curvy roads. There was a decent view but I realized in retrospect that a trip to Muir Woods may have been better however I’m not a fan of crowds. I heard on the radio awhile back that next summer they plan on making people get a reservation in order to visit in an effort to control the crowds.

We took her into Sausalito. I had been there before a few times but didn’t remember it being quite like that. Lunch was at Salito’s right on the water close enough to walk into the heart of the city but far enough to avoid the craziness. Lunch was quite good and the presentation was beautiful. We walked into the heart of the city after that, browsing in some shops and grabbing a cold beverage to fight the heat. There was a pretty view of the city and Alcatraz as well. 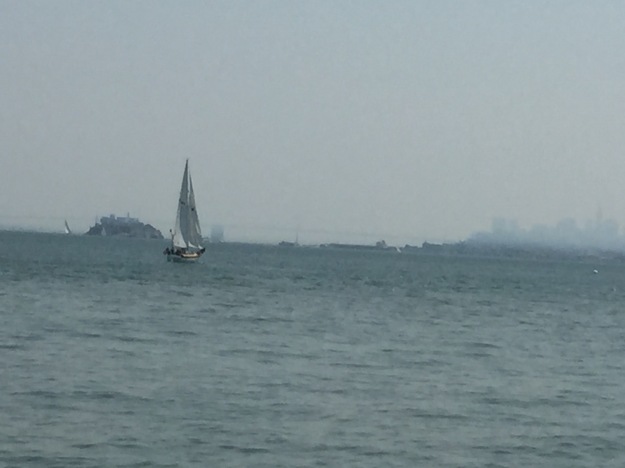 Afterwards we went to the best view point to see the Golden Gate. Most people think that the first exit coming into Marin County is best but the reality is that the best view is the first exit before crossing the bridge to go back into San Francisco. The first pull off gets you an up close and personal pic with the bridge but driving a little farther allows you to see the whole bridge with the city in the background. 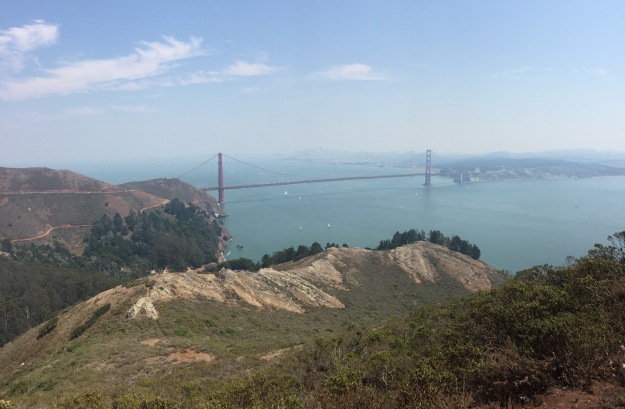 No trip to San Francisco is complete without a trip down Lombard street! The line was backed up a ways but it was worth it. The street is quite fun and the houses are always beautiful. We showed her the painted houses as well, home to the opening scene in Full House. I have been to the Full House house before but we didn’t make it on the trip.

The pièce de résistance was the wharf. First of a suggestion. Don’t even get close to the wharf to try to find a parking spot. Just park a mile away and bring you walking shoes. It makes it that much easier and you’ll get your daily steps in. 🙂

First stop – Ghiradelli Square for a sampling of chocolate of course. We went during the day but it’s beautiful at night too with everything lit up.

We went to an arcade that I had never been to with some older unusual games to say the least. It was good entertainment. Just look for the naval ship and it’s right there.

The Boudin Bakery is a staple. Get a loaf of sourdough and wander the wharf people watching. Or sea lion watching. The top level is a restaurant while the first floor is a cafe and bakery. We returned at the end of the day for dinner. The food was good but do remember it has an excellent location so the prices will reflect this. 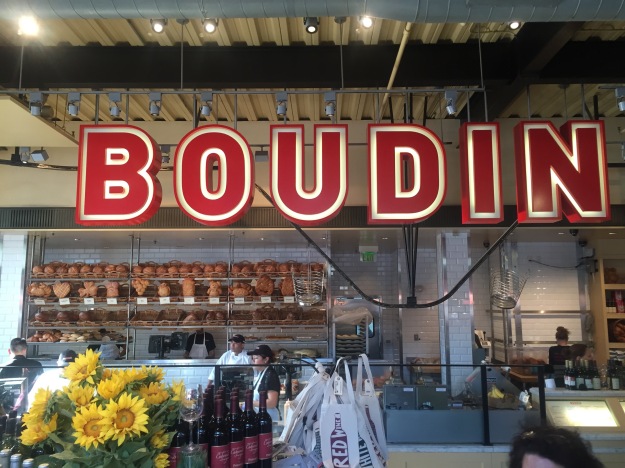 Overall it was a wonderful day in the city!